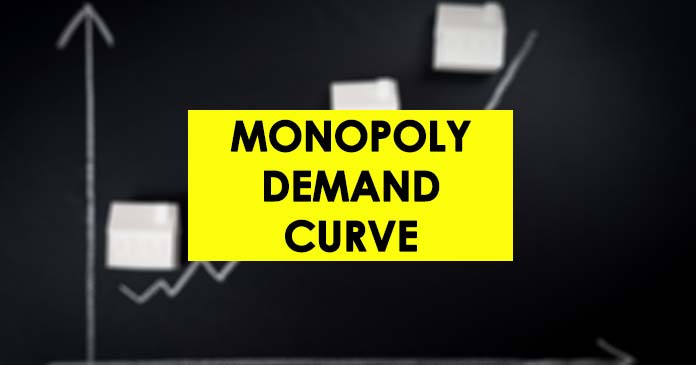 A market structure known as a “monopoly” occurs when there is only one seller of a specific good or service. A monopoly has the unique ability to set prices for its products, as there are no other sellers to compete with. The demand curve for a monopoly is a graphical representation of the relationship between the product’s price and the quantity demanded by consumers.

A monopoly’s demand curve often slopes downward. That means the price of the product increases while the quantity demanded decreases.

In this post, we’ll talk about how the demand curve in a monopoly differs from one in a competitive market, what influences it, and how that affects price and output decisions. We will also look at how the government controls monopolies and encourages competition.

Several factors influence the monopoly demand curve. Some of them are,

One important factor is the price elasticity of demand. It describes how much a change in price impacts the quantity of a product that is demanded.

Demand can be elastic, inelastic, or unit elastic, depending on the degree of price sensitivity.

The price elasticity of demand can vary depending on the availability of substitutes for the product as well as the monopoly’s relative market dominance.

The degree of substitutes available

The relative market power of the monopoly

The influence of a monopoly’s demand curve on pricing and output decisions is vital in understanding how monopolies behave and make decisions about the products and services they provide.

In short, a monopoly’s demand curve is important to the firm’s decisions on pricing and output, and these choices can have a big impact on both the monopoly and its consumers.

Examples of monopolies and their demand curves

A natural monopoly exists due to the high barriers to entry and high fixed costs associated with producing a product or providing a service. Utility corporations, such as water and electricity, are examples of natural monopolies.
They may have a high demand curve since the product is so necessary and there are no alternatives.

Due to the lack of competition and exclusive rights to market the good or service, these monopolies may have a higher demand curve.

The role of government intervention in regulating monopolies