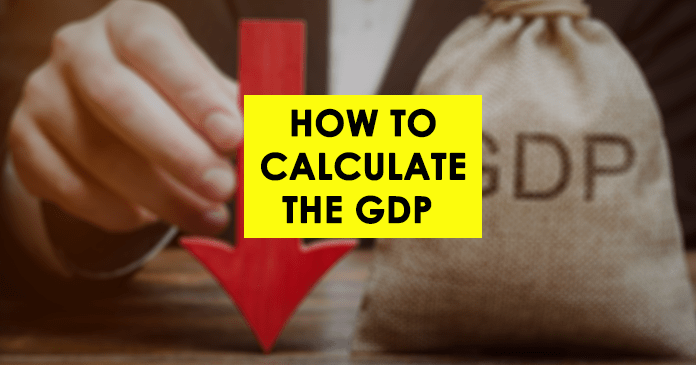 Let’s define GDP first before we talk about how to calculate the GDP.

The gross domestic product is defined as the “value of all final products and services generated in a country in a single year” (GDP). A variety of ratios are calculated using GDP. Here are a few examples:

GDP can be determined in three ways.

How to Calculate the GDP Based on Production

The production approach focuses on determining a country’s total product by directly determining the total value of all goods and services produced by the country.

This avoids a problem known as ‘double counting,’ in which the entire value of a good is included numerous times in national output by counting it again at various stages of manufacturing.

How to Calculate the GDP Based on Income

This is fair because all of the money spent on the manufacturing of a commodity, as well as the whole worth of the item, is paid as income to the workers.

How to Calculate the GDP Based on Expenditure

The expenditure approach is the most often used form of national output accounting. It focuses on calculating a country’s overall production by totalling all of its expenditures.

This is also acceptable because the total value of all goods equals the total amount spent on products.

We covered how to calculate GDP in this post, and we hope you now have a clearer understanding.