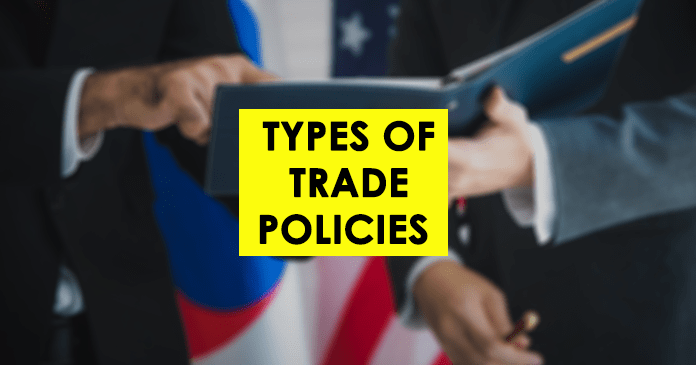 Trade policy is a continuing conflict between the benefits of comparative advantage and the demanding of protectionists.

Politically, trade policy is a major trump of many political parties for their survival, especially for protecting local industries (producers) rather than consumers.

Producers of import-competing industries in USA, Japan and some European countries have a greater economic stake in influencing governments for trade restriction.

Trade policies in many countries are not fairly liberal. It includes trade restrictions too.

Outward oriented or the outward-looking strategy is neutral between production for the domestic market and exports and consumption of domestic goods and foreign goods.

So, trade and industrial policies are not discriminate for domestic and export markets. So the neutral strategy does not mean as export-oriented or export promotion strategy.

It does not mean that inward strategy is totally against exports, but it discourages export by following several methods.

The Potential Gains from International Trade

The theoretical base of gains from international trade can be divided two as static gains and dynamic gains.

The static gains relates with increasing production and consumption of the nation as expansion of the production possibility frontier due to international trade.

The dynamic gains relates with technological conversion and market expansion and economic development.

Although the potential gains from free trade are very clear, we should not conclude that everyone would be benefited equally from the free trade.

At present, except Hong Kong metropolitan government, all other countries of the world follow some trade restrictions while following free trade policies as the engine of growth.