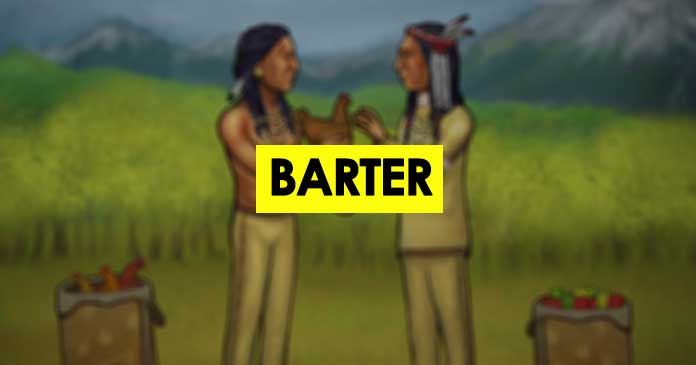 Barter definition economics: A barter is a transaction in which two or more parties exchange products or services without exchanging money or other forms of value. Bartering basically entails one party offering a product or service in exchange for another party offering a similar good or service.

It is a cashless economic system. Services and goods are exchanged at agreed-upon prices in a barter economy. One of the oldest forms of economic organization is barter, which predates both monetary systems and written history.

Bartering was the most popular method of exchange prior to the creation of physical currency. The barter system has its roots in an era when money existed. The only method to purchase products was to trade personal items with a comparable market worth.

A carpenter who builds a table for a farmer is an easy example of a barter transaction. Alternatively, the farmer can give the carpenter $1,000 worth of food in return.

What is Barter System?

The barter system is the term used to describe a transaction in which two or more parties trade equal-value goods and services without engaging in any kind of monetary exchange.